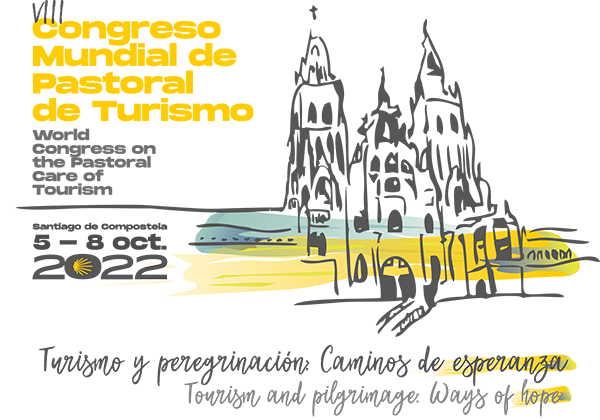 WELCOME FROM THE ARCHBISHOP OF SANTIAGO DE COMPOSTELA

Go out from your land… The apostle James awaits you. This is the theme of the 2021-2022 Compostela Holy Year. At the Cathedral that houses the apostle’s tomb and guards his memory, we can see that this Tradition is not a relic from the past but a living reality in Christian pilgrimages.

Compostela Holy Years also have a cultural connotation, apart from a spiritual one, favouring religious awakening and encouraging the search for meaning in life. The pilgrims visiting the House of the Apostle James “created a way of culture, of prayer, of mercy and conversion, which has resulted in churches and hospitals, in hostels, bridges and monasteries,” in the words of Pope Benedict XVI. The Jacobean Route reflects the Camino’s spiritual appearance, but also its scenic and cultural heritage charm, which constitute tourist attractions.

The city of Santiago, whose millions of visitors consider it as belonging to them in a spiritual sense, due to the apostolic tomb’s spiritual magnetism, is characterised by its Hispanic, European, and universal heritage. In the midst of the human drama caused by the pandemic and, now, by the war in Ukraine, whoever takes to the road perceives that “we are capable of looking at ourselves honestly, of bringing our own weariness to the surface, and of undertaking new paths towards real freedom. No system can completely annul opening up to good, to the truth, and to beauty, or the capacity for reacting that God continues to encourage deep down in human hearts,” as Pope Francis indicated. Tomorrow will reflect today’s hope.

Santiago de Compostela can be understood as a thousand-year-old tradition centred on the apostle’s tomb. This ever-welcoming city, “a tent of meeting and pilgrimage destination” and “spacious home with open doors,” is the destination of pilgrims and an encounter of spiritual tendencies, of cultural, economic, and social trends. “Set out… Santiago awaits you.” We look forward to your participation in the 8th World Congress on the Pastoral Care of Tourism, which will be held in Santiago de Compostela from October 5 to 8, 2022. Welcome!

Although the desire to travel and become acquainted with other cultures and other human realities forms part of man’s inborn desires and longings, it was in the second half of the 20th century that this reality became a mass phenomenon that now involves 1.3 billion people every year.

Pope Pius XII, being aware of such new situations and needs, created in the Holy See a space devoted to looking after tourists spiritually, a reality that gradually grew in configuration and structure in the subsequent papacies of Paul VI, John Paul II, and Benedict XVI. In the Holy See’s new organisation chart, which will come into force this year, the Pastoral Care of Tourism forms part of the Dicastery for Promoting Integral Human Development, along with other realities of human mobility.

Ten years later, the 8th Congress will be held in Santiago de Compostela this year from October 5 to 8, with the patronage of the Holy See and the collaboration of the Spanish Bishops’ Conference under the theme: “Tourism and pilgrimage: Ways of hope.”

The 8th Congress will be of special interest and significance for several reasons.

It is being held as we try to emerge from the most critical time, involving the greatest harm, for the tourist sector due to the pandemic. Just in Spain, more than 600,000 jobs have been lost in the sector. It is also being organised in the uncertain atmosphere caused by the war in Ukraine and its direct consequences that affect us daily.

The importance of holding it for the first time in Europe, apart from the first ones in the Vatican, and in a place of great significance such as Santiago de Compostela, opens a door of hope, since 300 million of the world’s 1.3 billion tourists travel for religious reasons.

The theme of the World Tourism Organization and the Holy See for World Tourism Day, which will be held on September 27, proposes “Rethinking Tourism.” We will also focus on all of this in Santiago de Compostela this October.

World Congress on the Pastoral Care of Tourism